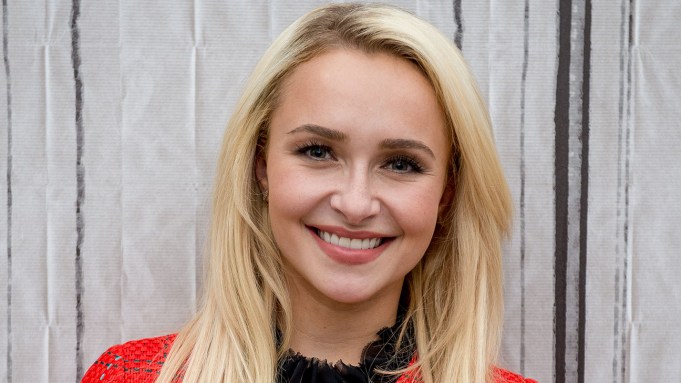 Hayden Panettiere is returning to the world of Scream.

Panettiere, who was one of the stars of 2011’s Scream 4, has closed a deal to reprise her character in the latest installment of Spyglass Media and Paramount Pictures’ horror franchise.

The two companies resurrected the slasher movie series in January with Scream – also the name of the 1996 original that started it all – the fifth installment that proved audiences were craving some bloody thrills as it tallied more than $81 million domestically and $140 million worldwide.

A sequel was quickly in the works and this week it was announced that Melissa Barrera, Jasmin Savoy Brown, Mason Gooding and Jenna Ortega, who survived their ordeal with the killer known as Ghostface, would be returning. Principal photography is slated to start this summer.
Click to expand...

In Scream 4, Panettiere played Kirby Reed, a teen in fictional and terror-filled Woodsboro, California, the setting for the Scream franchise stories. While initially a “best friend” type, Reed rises to hero status by the end, which also sees her near-mortally wounded but now a survivor.

Plot details for the new feature are being kept under the cloak, but the companies said the new feature “continues with the four survivors of the Ghostface killings as they leave Woodsboro behind and start a fresh chapter.”
Click to expand...

I'm very excited about this. Hayden was the standout of Scream 4, and as soon as I saw that YouTube thumbnail easter egg in Scream 5 that explicitly confirmed she survived, I knew we were in for a treat. I'm still dubious about the idea of making Scream 6 so soon, since I feel the magic behind the franchise's freshness is owed to the gaps between installments that allows for fresh new commentary on the horror genre, but this makes me optimistic that we'll see an interesting angle!

Sweet, i was hoping for this after the shoutout in 5. Favorite new character from 4.

there’s no doubt in my mind that either Kirby or Gale will start a true crime podcast on survivors of serial killers. It just feels like the next natural progression for them.

Noice, very happy to read this. She was by far the best thing about Scream 4, so I'm all up for it!

Shadow said:
Noice, very happy to read this. She was by far the best thing about Scream 4, so I'm all up for it!
Click to expand...