Today is a monumental day. We have gathered here to celebrate the anniversary of an industry titan. A true innovator that propelled a console into the limelight and changed the history of games as we know it. Happy Birthday to Super Mario 64! 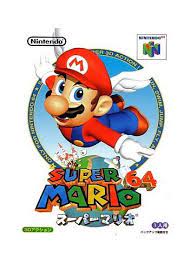 ...what, were you expecting something else?

Even as FamiBoard's resident #1 Super Mario Fan, Super Mario 64 is a game I didn't really appreciate all that much until two years ago. Like, yeah, I liked it, and I played the heck out of the DS version as a kid, but I never got all the stars and I never finished the original, despite having it for most of my life. It felt rough and aged, and I had nostalgia for it, sure, but it was nothing compared to Super Mario Galaxy, for example. But for Mario Day 2020, right when the pandemic lockdown was starting up but before Animal Crossing came out, I was compelled to play 64 again. So I hooked up the N64 and gave it a shot again.

It took some time, but it finally clicked for me. It really comes down to Mario's movement being so fluid. Jumps into double jumps into triple jumps. Backflips and somersaults, wall jumps and long jumps. Everything flows together so nicely and I found myself using all of the different jumps at different points in the game. That inherently fun movement holds the game together. Missions are simple, but the joy of getting to different points on an open map works so well. I also really appreciate Mario 64's open structure. It's linear in that you get sets of levels at a time, but only needing 70 out of 120 stars gives a lot of flexibility. If something isn't working out, try something else. You only need a little over half of the stars, after all. It's a great marriage of good mechanics and a solid structure.

Mario 64's presentation really captures my imagination. There's a lot of charm to the early 3D, low poly graphics that still remains engaging to this day. The levels have this weird vibe to them - Peach's Castle is mostly an art gallery, lots of levels float above voids or feel mysterious - but they don't feel "out of place" weird. Could be the nostalgia talking, but I find a lot of Mario 64's areas very memorable as a result. And we can't forget the soundtrack. All-time great compositions like the main theme, the slider, Dire Dire Docks, the Bowser levels, the Bowser boss, the credits...all so instantly iconic.

It is so impressive how much they nailed on their first attempt at a 3D platformer. And things that didn't can either be adjusted to or mitigated. Yeah, the camera is kinda rough compared to modern standards, but using the different options (Lakitu vs Mario, close vs pulled back) can give you more control. And not every mission is grand by today's standards, but again, moving around with Mario is so much fun.

I ended up playing Mario 64 twice more in 2020, thanks to 3D All-Stars, and I loved it just as much then. And then in 2021 I played the decompilation on my New 3DS - 60 FPS shines in Mario 64. At some point this year, I gotta do a new yearly replay. Mario 64 has earned its place in history and I love it - the Mario franchise being so strong is the main thing keeping it out of the top 5 Mario games. Happy anniversary, Super Mario 64!


oh, uh, and happy birthday to the hedgehog too, hes cool i guess

One of the GOATs for sure. The credits music gets me emotional. When I need to get in a Christmas mood I start playing Mario 64, it's THE Christmas game for me. 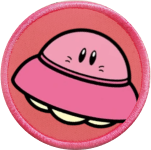 It made my list of top 5. So amazing. Will never forget how revolutionary the control was. Having replayed it in 3DAS, it still holds Io amazingly well. And the DS game is surprisingly good too when played on a 3DS. Holding a button to run isn’t great, but manageable. Sort of want that one to get a touch up with full analog and a new cost of paint. I will leave you with two great things related to this game:

The throwback galaxy version of Bob-bomb battlefield theme in Galaxy 2 is so good. Love the guitar that accompanies most of the song. Adds a layer of depth and excitement to an already great track.


Then there are the amazing summoning salt speed run videos. Must see stuff and so well paced, especially the 16 star video.

This thread with that strong an OP definitely doesn’t deserve a Garbage Galaxy tag!

I regularly consider Super Mario 64 my favorite game of all time as it forever cemented my love of video games. I already loved games growing up with the Super Nintendo, but Mario’s effortless transition into 3D celebrates the joy of movement more than any other and to me speaks to the truly endless possibilities of video games. I’ve replayed it countless times and each time I find something new to appreciate that makes me love it even more. It never fails to bring a smile to my face and is just an absolute masterpiece.

Congratulations! Absolutely adored the remake on DS. So many good memories.
OP
OP

xghost777 said:
This thread with that strong an OP definitely doesn’t deserve a Garbage Galaxy tag!

I regularly consider Super Mario 64 my favorite game of all time as it forever cemented my love of video games. I already loved games growing up with the Super Nintendo, but Mario’s effortless transition into 3D celebrates the joy of movement more than any other and to me speaks to the truly endless possibilities of video games. I’ve replayed it countless times and each time I find something new to appreciate that makes me love it even more. It never fails to bring a smile to my face and is just an absolute masterpiece.
Click to expand...

Come for the shitpost, stay for an earnest Mario 64 discussion. Maybe after the 23rd passes and the "I'm not talking about Sonic" joke makes less sense, I'll ask a mod to change the title.

Thanks, you shouldn't have, but my anniversary isnt until September.

Good memories from this game. For 1 year it was the only game I had for N64 so I played like crazy untill a blockbuster opened near where I was living and I was able to rent other games

One of those games that I outright consider genius and would even feel comfortable talking up among my normie non-gamer pals as a classic across all mediums (if I was a little tipsy at a boring party).
You see a lot of people deride the camera, but honestly I wish modern games would take more from it - it's truly cinematic in a way a lot of much more self-consciously cinematic games never are, while at the same time also allowing the player to direct. Bosses in Fromsoft games sure as heck could learn a lot from it. It must have been a nightmare to design and program, but I feel modern AI could help a lot here.

Still my favorite 3D Mario with the GOAT 3D platformer moveset. Playing it when it came out was just a mindblowing experience. 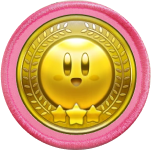 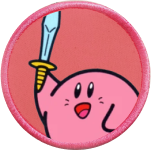 chocolate_supra said:
I genuinely even wonder how many people are getting the joke here

I tried my best to telegraph it - not saying the name of the game in the title, the garbage galaxy tag, being obtuse in the first paragraph...I imagined that Sonic's anniversary date was more well-known and expected than Mario 64 happening to share a release date, but hey, I'll take an excuse to talk Mario's good name.