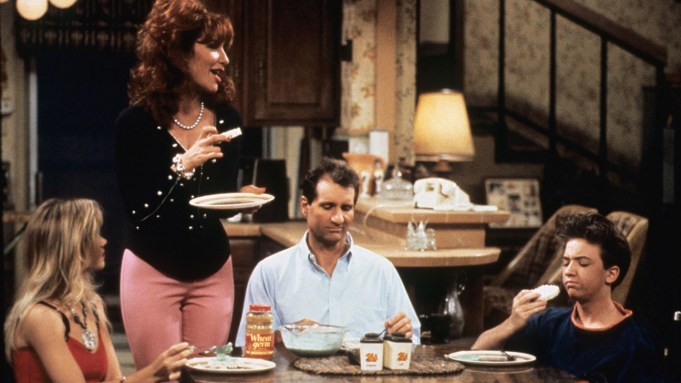 An animated version of Fox’s foundational sitcom Married…With Children is in the works at Sony Pictures Television, which produced the original series. The studio has signed the show’s core cast — Ed O’Neill, Katey Sagal, Christina Applegate and David Faustino — to reprise their roles in voiceover.

Family Guy writer and executive producer Alex Carter is set to serve as showrunner on the project, which will be taken to potential buyers in the near future. The original series streams on on Hulu, Peacock and Paramount Global’s Pluto TV.
Click to expand...

Created by Michael G. Moye and Ron Leavitt, Married…With Children ran from 1987 to 1997 on Fox. The show was critically derided throughout its run but was a hit for the then-fledgling network, amassing 259 episodes over its 11 seasons.

The animated project isn’t the first time Sony has tried to revive the show. In 2014, Sony developed a spinoff centering on Faustino’s Bud Bundy, but it didn’t move forward.

Sony, meanwhile, continues to look for ways to mine its IP library. The studio is behind ABC’s Live in Front of a Studio Audience specials, which have re-created episodes of several Norman Lear comedies from the 1970s and ’80s (Sony owns rights to Lear’s catalog). An animated version of Lear’s Good Times scored a series order at Netflix in 2020.
Click to expand...

There needs to be an episode that for some contrived reason takes place in the 31st century, so Katey can play both Peggy and Leela at the same time.